Now I just want to awake the topic where we the people are creating things that should not be, why? Because we are not GODS! We should stop now and take a step back, this could be the end of our civilization. First some info about bionics:

Bionics (also known as bionical creativity engineering) is the application of biological methods and systems found in nature to the study and design of engineering systems and modern technology.[citation needed]

The word bionic was coined by Jack E. Steele in 1958, possibly originating from the technical termbion (pronounced bee-on) (from Ancient Greek: βίος), meaning ‘unit of life‘ and the suffix -ic, meaning ‘like’ or ‘in the manner of’, hence ‘like life’. Some dictionaries, however, explain the word as being formed as a portmanteau from biology + electronics. It was popularized by the 1970s television series The Six Million Dollar Man and The Bionic Woman, which were based upon the novel Cyborg by Martin Caidin, which was influenced by Steele’s work, and feature humans given superhuman powers by electromechanical implants

The transfer of technology between lifeforms and manufactures is, according to proponents of bionic technology, desirable because evolutionary pressure typically forces living organisms, including fauna and flora, to become highly optimized and efficient. A classical example is the development of dirt- and water-repellent paint (coating) from the observation that the surface of the lotus flower plant is practically unsticky for anything (the lotus effect).[citation needed]

The term “biomimetic” is preferred when reference is made to chemical reactions.[citation needed] In that domain, biomimetic chemistry refers to reactions that, in nature, involve biological macromolecules (for example, enzymes or nucleic acids) whose chemistry can be replicated using much smaller molecules in vitro.

Examples of bionics in engineering include the hulls of boats imitating the thick skin of dolphins; sonar, radar, and medical ultrasound imaging imitating the echolocation of bats.

In the field of computer science, the study of bionics has produced artificial neurons, artificial neural networks,[1] and swarm intelligence. Evolutionary computation was also motivated by bionics ideas but it took the idea further by simulating evolution in silico and producing well-optimized solutions that had never appeared in nature.

It is estimated by Julian Vincent, professor of biomimetics at the University of Bath‘s department of mechanical engineering Biomimetics group, that “at present there is only a 12% overlap between biology and technology in terms of the mechanisms used”.[2]

The name biomimetics was coined by Otto Schmitt in the 1950s. The term bionics was coined by Jack E. Steele in 1958 while working at the Aeronautics Division House at Wright-Patterson Air Force Base in Dayton, Ohio. However, terms like biomimicry or biomimetics are more preferred in the technology world in efforts to avoid confusion between the medical term bionics. Coincidentally, Martin Caidin used the word for his 1972 novel Cyborg, which inspired the series The Six Million Dollar Man. Caidin was a long-time aviation industry writer before turning to fiction full-time. 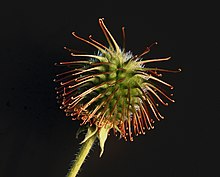 Velcro was inspired by the tiny hooks found on the surface of burs.

Often, the study of bionics emphasizes implementing a function found in nature rather than just imitating biological structures. For example, in computer science, cybernetics tries to model the feedback and control mechanisms that are inherent in intelligent behavior, while artificial intelligence tries to model the intelligent function regardless of the particular way it can be achieved.

The conscious copying of examples and mechanisms from natural organisms and ecologies is a form of applied case-based reasoning, treating nature itself as a database of solutions that already work. Proponents argue that the selective pressure placed on all natural life forms minimizes and removes failures.

Although almost all engineering could be said to be a form of biomimicry, the modern origins of this field are usually attributed to Buckminster Fuller and its later codification as a house or field of study to Janine Benyus.

Roughly, we can distinguish three biological levels in the fauna or flora, after which technology can be modeled:

Specific uses of the term

Bionics is a term which refers to the flow of concepts from biology to engineering and vice versa. Hence, there are two slightly different points of view regarding the meaning of the word.

In medicine, bionics means the replacement or enhancement of organs or other body parts by mechanical versions. Bionic implants differ from mere prostheses by mimicking the original function very closely, or even surpassing it.

Bionics’ German equivalent, Bionik, always adheres to the broader meaning, in that it tries to develop engineering solutions from biological models. This approach is motivated by the fact that biological solutions will usually be optimized by evolutionary forces.

While the technologies that make bionic implants possible are still in a very early stage, a few bionic items already exist, the best known being the cochlear implant, a device for deaf people. By 2004 fully functional artificial hearts were developed. Significant further progress is expected to take place with the advent of nanotechnologies. A well-known example of a proposed nanodevice is a respirocyte, an artificial red cell, designed (though not built yet) by Robert Freitas.

Kwabena Boahen from Ghana was a professor in the Department of Bioengineering at the University of Pennsylvania. During his eight years at Penn, he developed a siliconretina that was able to process images in the same manner as a living retina. He confirmed the results by comparing the electrical signals from his silicon retina to the electrical signals produced by a salamander eye while the two retinas were looking at the same image.

In 2007 the Scottish company Touch Bionics launched the first commercially available bionic hand, named “i-Limb Hand”. According to the firm, by May 2010 it has been fitted to more than 1,200 patients worldwide.[14]

The Nichi-In group is working on bimomimicking scaffolds in tissue engineering, stem cells and regenerative medicine have given a detailed classification on biomimetics in medicine.[15]

A political form of biomimicry is bioregional democracy, wherein political borders conform to natural ecoregions rather than human cultures or the outcomes of prior conflicts.

Critics of these approaches often argue that ecological selection itself is a poor model of minimizing manufacturing complexity or conflict, and that the free market relies on conscious cooperation, agreement, and standards as much as on efficiency – more analogous to sexual selection. Charles Darwin himself contended that both were balanced in natural selection – although his contemporaries often avoided frank talk about sex, or any suggestion that free market success was based on persuasion, not value.

Advocates, especially in the anti-globalization movement, argue that the mating-like processes of standardization, financing and marketing, are already examples of runaway evolution – rendering a system that appeals to the consumer but which is inefficient at use of energy and raw materials. Biomimicry, they argue, is an effective strategy to restore basic efficiency.

Biomimicry is also the second principle of Natural Capitalism.

Business biomimetics is the latest development in the application of biomimetics. Specifically it applies principles and practice from biological systems to business strategy, process, organisation design and strategic thinking. It has been successfully used by a range of industries in FMCG, defence, central government, packaging and business services. Based on the work by Phil Richardson at the University of Bath[16] the approach was launched at the House of Lords in May 2009.

In a more specific meaning, it is a creativity technique that tries to use biological prototypes to get ideas for engineering solutions. This approach is motivated by the fact that biological organisms and their organs have been well optimized by evolution. In chemistry, a biomimetic synthesis is a chemical synthesis inspired by biochemical processes.

Another, more recent meaning of the term bionics refers to merging organism and machine. This approach results in a hybrid system combining biological and engineering parts, which can also be referred as a cybernetic organism (cyborg). Practical realization of this was demonstrated in Kevin Warwick‘s implant experiments bringing about ultrasound input via his own nervous system.

Then I put some videos where this madness is explained:

This site uses Akismet to reduce spam. Learn how your comment data is processed.